There are thousands of typefaces available at our fingertips.

A typeface is a set of design features for letters and other characters. These letterform families of different designs make up everything we read, and each has its own unique personality.

Looking at typefaces, some can have worlds of difference between the letterforms while others may have only the smallest of variations.

Each of the classifications of typefaces have a fascinating history of how they came to live on our computers and in everything we read and write.

So, who are these letters, what makes them different, how did they come to be here and what’s special about them – what if typefaces were people?

With a long and constantly developing history, it seems only fair to look at the varying typefaces in their family tree. There are two main categories: serif and sans serif as the largest divide between any letterform.

In this divide, letters with serifs (tails and terminals) are split from those that end in clean cut. From here, each side of the family is split into varying categories that have emerged over time.

Each typeface features varying elements of weight, contrast, roundness, height and shape, that makes it different from the rest of the typeface family.

Old Style typefaces are what we associate with the first ‘Roman type.’ Old style was created between the 15th and 18th century and is the basis of the modern letterforms we know.

Father Old Style is very much a refined, moderated man, never afraid to talk you through his latest work or his carefully weighted moustache. 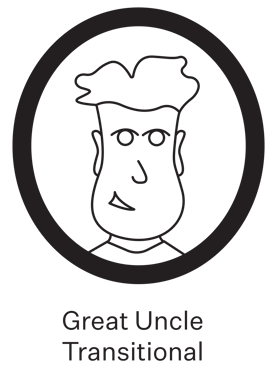 Transitional Typefaces are largely credited to the English printer John Baskerville, who altered old style type to suit readability and printing processes in the 18th century.

Great Uncle Transitional may look a little dishevelled, but that’s only because of his rough reception to altering classical hand-written letterforms. He is a quick-witted business man and is always open to showing you a picture of his 2 golden retrievers – Bulmer and Perpetua. 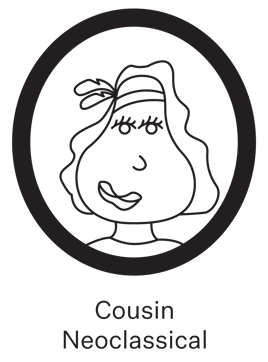 Sometimes referred to as just modern Serif typefaces, neoclassical typefaces feature significant contrast in weight and a more playful approach to height within the letterforms.

Cousin Neoclassical is not afraid to make herself known, she can often be found strutting her stuff on the dance floor, but is also a fan of luxury teas and a night in front of the fire with a classic novel. 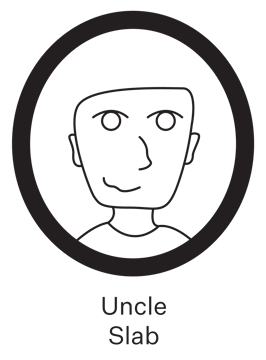 Uncle Slab isn’t super talkative, unless of course you ask him about the right things- western films and whiskey, you won’t be able to shut him up!

Granny Grotesque is not your usual grandma, she’s quirky, fun and loves to take her pet chihuahua to the peach in matching Hawaiian shirts – she is not afraid of a bold statement!

A close descendent of Granny Grotesque, square sans serifs vary slightly from grotesque in their even more dramatic squaring of normally rounded curves as well as extended height in some circumstances.

Second Cousin Square isn’t at every family event, normally because he is travelling to 3D film festivals across the globe, but when he is around, he’s a pretty down to earth guy, despite his height. 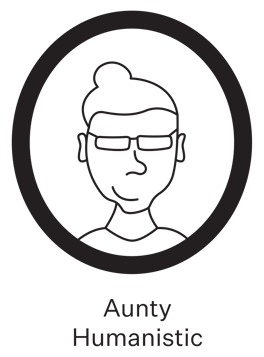 Aunty Humanistic is very much an all-rounder, she will teach you to knit and then teach you the newest UFC move – she’s not afraid of a bit of fun but she takes her work very seriously. 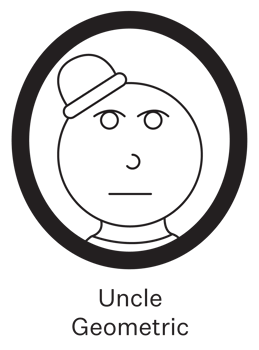 Taking all this into account, as with every family gathering- there are certain members that just gel together, take Transitional Serifs and Grotesque for example, a high contrast pairing with a monotonous stroke weight, to create an interesting match that doesn’t clash. 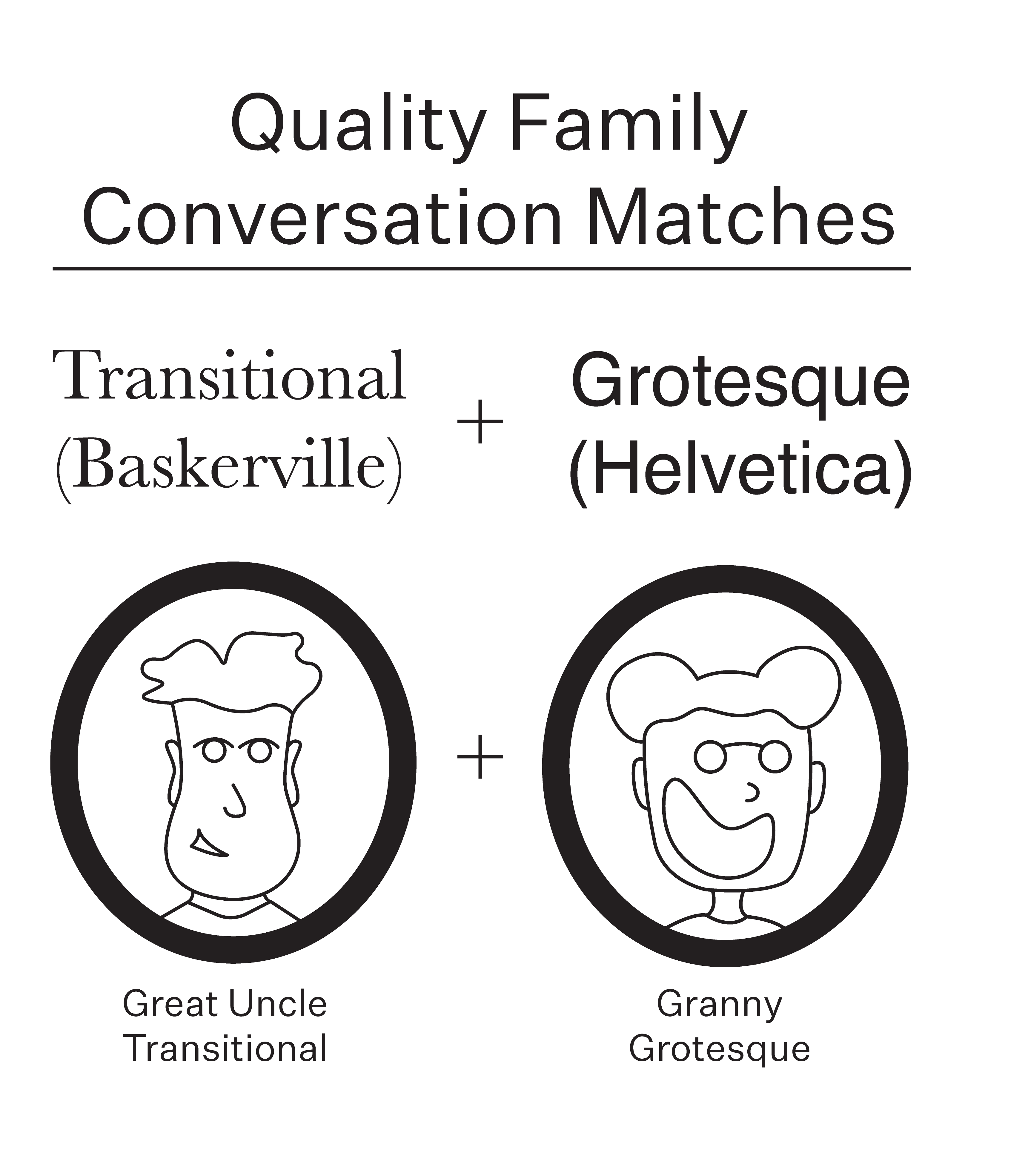 Of course, there are plenty of other typefaces and their family trees around, this is just one interpretation of what these typefaces would look like if they were people!