Over the past week, you may have been asked by your Apple device to update to the latest version of iOS 14.5. For social media giants like Facebook and Instagram as well as the majority of business owners, this particular update has been something they’ve feared for months – if not years.

The latest version of iOS 14.5 includes a new app tracking transparency (ATT) feature which ultimately, gives users the choice if they want to share their data with certain apps or not. For the average user, this new feature is a wonderful thing as it ensures your data is kept private and can stop those creepy ads from following you around on the internet.

There’s no doubt about it, this new Apple feature could have a tremendous impact on social media advertising. So, we’ve done some research on the ATT feature, the changes Facebook and Instagram have made in response to the feature coming into action, and how it could impact your hospitality business.

Apple and Facebook have always been in the spotlight when it comes to data and privacy breaches. With these two major players being under constant interrogation by their users, it was only a matter of time before one of them did something.

From the moment Facebook got wind of the new ATT feature, they attempted to put a stop to it - and with reason. The majority of Facebooks business model relies heavily on selling ads across its apps and services. But when Apple released their new video promoting the new ATT feature, it was seemingly game over for Facebook.

In the video, Apple did not shy away from painting Facebook as the villain (which you can find below.) They warn users of apps that are “taking more data than they need, sharing it with third parties like advertisers and data brokers.” Apple further added that “They (apps) collect thousands of pieces of information about you to create a digital profile that they sell to others.” While much of what Apple has to say about Facebook is to an extent, true - don’t be fooled by the iPhone maker. Apple and its products collect and store much of your data too, including that card in your Apple wallet…

How does the ATT feature work?

If you’re an Apple device user and you’ve already updated the latest version of IOS 14.5 you may have seen this pop up on your screen when you’ve clicked into an app. 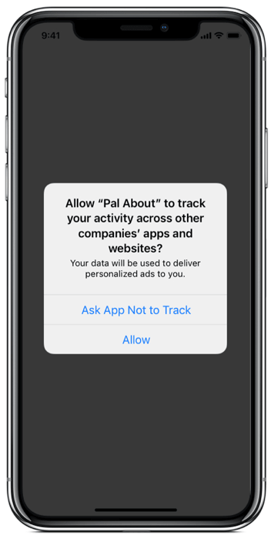 This prompt gives users the choice if they’d like to share their data or not. Users can choose to share their data with certain apps and not others. As a business owner who relies heavily on the social media giants to advertise, it’s understandable to be fearful of the ATT feature.

However, in a recent response to the activation of the new ATT feature, the villain (Facebook) has struck back at Apple in an attempt to save itself and businesses (like you) that use it’s platforms.

Facebook (who also owns Instagram) will be rolling out a new prompt in the coming days to Apple users who’ve updated to iOS 14.5 encouraging them to allow tracking to help keep Facebook and Instagram free of charge. Facebook calls the new prompt an “educational screen” that will “help people make an informed decisions about how their information is used.”

In the new prompt, Facebook explains that iOS 14.5 requires developers to “ask for permission to track some data from this device to improve your ads.” The prompt details three ways that users benefit from this type of data collection:

Many understand Facebook’s new prompt to be “a scare tactic” and it is not confirmed IF or WHEN Facebook and Instagram will require users to start paying for the apps. But needless to say, this new prompt could hopefully work in the favour of many business owners, swaying users to allow app tracking.

What the ATT feature could mean for hospitality business owners?

So, if Facebook is only “bluffing” and won’t actually make users pay for their apps, what could the ATT feature mean for your business? We’d by lying if we said it won’t have some sort of impact but at this point in time, it is hard to say just how much.

With people choosing not to have their data used, we may see a decrease in your certain audiences over time. Depending on how it evolves, you may also expect to see a drop in the return you were previously getting on your ad spend. The reach and results of ads may also be affected.

What you can do as a business owner?

As a business owner who relies heavily on social media to advertise, there are a few things you can be doing in attempt to combat the impact features like ATT will have on your marketing strategy.

Things to remember about the new ATT feature

While it may seem all doom and gloom, don’t get down just yet! Not only is the villain fighting to become the new hero (well, for us social media advertisers anyway,) the new feature doesn’t affect all of your audience members.

It is only an Apple feature, meaning Facebook and Instagram marketing will still work the same for all Android and alternative software users. It also doesn’t apply to users on desktops. So, you’ll still be able to target those hungry office folks scrolling at their desks before their lunch break!

With the feature still being very new, many users still will not have updated to the iOS 14.5 yet and we can only hope that by the time they do, Facebook has won its battle against Apple to ensure we can all continue using social media advertising in the same way that we have been.

Stay updated with the latest news in digital marketing, social media & more by subscribing to our blog! 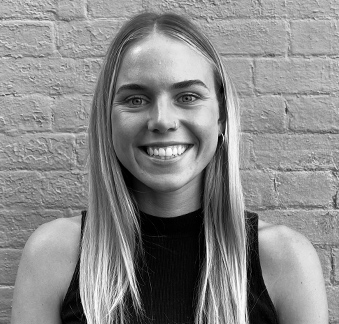