Some people may say that Facebook’s heyday is over and look, we’re not going to beat around the bush. Facebook isn't as hyped as it was when it first launched but it’s certainly not dead. In fact, in the last year the platform has shown great relevancy for marketers and we’ve listed 5 reasons why businesses should still use Facebook.

Facebook is, and has for long been, the biggest social media network in the world. By the end of 2020, Facebook had around 2.8 billion monthly active users and more than 1.82 million people active every day. In comparison to the 1 billion monthly users on Instagram and just shy of 1 billion on TikTok, it’s hard to deny its relevancy.

In Australia, Facebook has around 16 million monthly users which means that close to half the country’s population are using it.

In addition to the sheer number of people that use Facebook, it is also used by people of all ages. TikTok is known for being popular amongst a younger audience (around 40% are 16-24) and Instagram tends to lean towards a younger audience as well (25-34 is the biggest age group). To contrary belief that Facebook has been overtaken by the more senior population, they are in fact the smallest demographic on Facebook. It is however the most popular social media platform among older people.

People of different ages certainly use Facebook differently, but they do use it and your insights allow you to take your audience into consideration when creating your content.

Before discounting Facebook, it’s important that you consider how it is being used in comparison to other networks.

Instagram for example is a visual extension of your brand, your copy is positioned below the image and it’s all about stories. TikTok is all about videos and music and often uses minimal text. Facebook on the other hand positions your copy at the top of the post and as such, it’s easier for someone scrolling through the feed to read it.

I don’t think one can argue Facebook’s case without mentioning Facebook ads - the gift to all marketers. Evidence shows that others share this opinion as Facebook’s ad revenue was up by 22% in 2020. At the end of last year, forecasts were suggesting this growth would remain steady in 2021 but with the recent iOS 14.5 update, I am not so sure these predictions are accurate and we'll just have to wait and see.

Social media ads are great to reach new and existing customers, are relatively easy to use, can deliver good results with small budgets, and are cheap if you compare to more traditional forms of advertising. In addition, Facebook ads offer detailed targeting options allowing you to, for example, target a local audience, people that have upcoming birthdays, have certain interests, and so on. The retargeting tools on Facebook advertising have been widely popular but these have unfortunately been affected by the iOS 14.5 rollout. That being said, not everyone has updated to this software and/or opted out yet, so retargeting can still worth considering for the time being.

Moreover, Facebook ads are displayed on Instagram (in case you didn’t know, Facebook owns Instagram) and on what they call “audience networks”, meaning your ad may appear in apps or on other websites. These placements will help you capture an even wider audience.

Your digital presence refers to your business' visibility online and it’s crucial for a business to have a strong digital presence to help with brand awareness, reach new customers, engage with your audiences and drive growth. Whilst your digital presence isn’t limited to Facebook, the network can be useful in reaching an audience that you wouldn’t otherwise reach and amplifying your messaging. As long as you are sharing content in line with your brand, it certainly won’t hurt to have a Facebook page.

To sum it up - yes, there are other networks available but using one doesn’t mean you can’t use other ones. Most people are using more than one network and also use them in vastly different ways. I probably wouldn’t recommend anyone to just use Facebook as you’d be missing out on opportunities but the same can be said about Facebook, why not use the opportunity to strengthen your brand?

Looking for more digital marketing and social media news, trends & resources? Click the button above to subscribe to our blog! 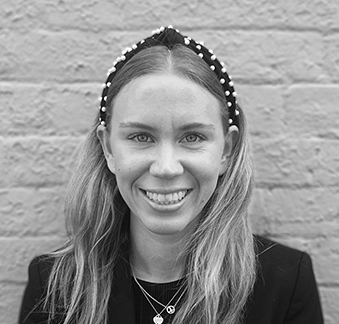